Are you interested in the history of martial arts?

Want to learn more about kata?

Kata means “form” in Japanese. In martial arts, a kata is a set of choreographed movements used for practice. Seisan kata is a type of kata with its own distinct movements and is one of the oldest kata that is still taught today. Its history can be traced back to Okinawan karate in the 18-19th century.

Okinawan karate actually originated in China. During this time, many martial artists were traveling to China and bringing back new and different moves to Japan, so it’s unclear who exactly created Seisan kata. This form was also practiced by all three style of Okinawan karate – Shuri-te, Tomari-te, and Naha-te. Each style credited the kata to a different person. As time went on, the exact moves of the Seisan kata became different for each style of karate, so it’s also unclear which version of Seisan kata is the original.

The way “seisan” is written in Kanji can translate to the number 13, which is a lucky number, or as “10 hands and 3,” referring to Seisan’s 10 fighting sequences that are usually repeated 3 times. Seisan has a range of techniques, consisting of punches, kicks, locks, throws, and strikes. The sequences of Seisan kata flow together like a musical composition. There are slow, melodic segments that allow you to reflect and fast intense moments that challenge you.

Seisan kata is difficult and meant for more advanced students, sometimes being taught at the black belt level. Many modern styles of karate use Seisan kata, such as: 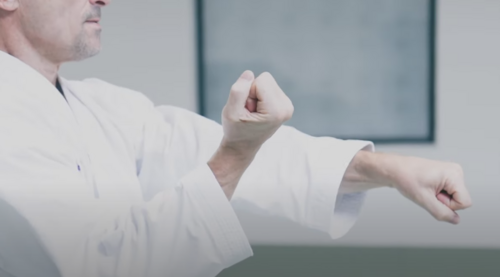 Start your karate journey at JMAC!

You’ll learn Goju Ryu Karate that will help you improve your concentration and create more orderly thinking, as well as help you develop social mindedness and feel a sense of community in the dojo.

Don’t worry if you’re not in shape right now. Our program is systematic and will help you build fitness as you progress. All you have to do is attend class! If you stick with it, you can move through the ranks and eventually learn Seisan kata yourself!

To begin practicing karate in Ann Arbor, contact us today!