The Japanese Martial Arts Center did an interview with John Gage Sensei, head of the Nihon Jujutsu system, on his upcoming trip to Copenhagen, Denmark. Gage Sensei is teaching at a seminar from October 16-18, 2015 through the International Martial Arts Federation [IMAF]. 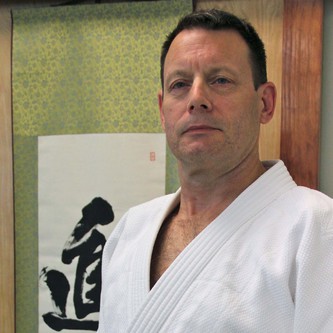 What aspects of the seminar are you looking forward to the most?

I'm looking forward to:
•    Seeing old friends and making new friends;
•    Visiting the wonderful city of Copenhagen again;
•    Meeting my colleagues that I have sincerely missed since I left Tokyo in May;
•    Working with and exchanging views/information with Nihon Jujutsu practitioners from all over the world, as well as practitioners of other arts during the training sessions and after, during the time set aside for socializing.

I have a special relationship with many of the people in Denmark having visited there for seminars each spring for the last ten years. Copenhagen is a truly beautiful, historic city with a vibrant culture, wonderful nightlife, and gastronomic opportunities. It's a really fun place to visit.

What are trending differences between European and Japanese martial arts?

The differences are pronounced. Jujutsu has become an eclectic term outside of Japan that generally encompasses two schools of thought; one being Brazilian Jiu Jitsu and the other being a self-defense oriented training system.

While Brazilian Jiu Jitsu has become internationally popular in recent years, Jujutsu in Europe has been widely practiced in various countries since the late 1960's - early 70's. The majority of European Jujutsu styles comprise basic techniques taken from Aikido, Karate, and Judo, and focus on striking, as well as definitive means of disabling an assailant i.e. they are primarily methods of self-defense.

The Japanese concept of modern jujutsu, and by modern we mean the Meiji Era (1868 - 1912), focuses primarily on maintaining control over an opponent with minimal harm. Nihon Jujutsu, in particular, has its basis in the basics of Judo, Taiho-jutsu, restraining techniques used primarily by the Japanese police, and early teachings of Tomiki Kenji (1900 - 1979). It focuses on throwing as a means of self-defense, immobilizing, joint control, evasive stepping, and control with minimal harm as appropriate to the situation.

Methods of control, primarily used by Nihon Jujutsu, focus on off balance (kuzushi), in order to set up a technique with minimal resistance, as well as striking to control the opponent or creating an opening to apply a technique rather than inflicting catastrophic damage. The footwork is characterized by maintaining a natural standing position (shizentai), in order to maximize mobility. This flexibility allows one to respond in the strategically most advantageous manner.

Sato Sensei's father was a member of the Japanese Imperial Navy where he started studying Judo and later become a Judo shihan (master instructor) for the Tokyo Metropolitan Police. As such, he was a contemporary of Shuichi Nagaoka (September 17, 1876 - November 22, 1952), Mifune Kyuzo (April 21, 1883 - January 27, 1965), and other notables of Judo history.

Sato Shizuya Sensei (1929 - 2011) began studying with his father at age 5. Later, he joined his school's judo club at the age of 11. He went on to study at Meiji Gaukuin University. Upon graduation, he entered the International Section of the Kodokan Dojo in Tokyo, Japan.

1952 - 1960: Sato Sensei was the assistant of Tomiki Kenji (1900 - 1979), who was the Aikido instructor for the Strategic Air Command (SAC) martial arts training program. The US Air Force personnel spent three months training, Monday through Friday, eight hours a day in Aikido, Karate, Judo, and Taihojutsu. As a result of that experience and his tutelage under the likes of Kotani, Judo instructor of the SAC programs, and Yamada, Taihojutsu Instructor of the SAC program, he developed Nihon Jujutsu.

1957: Sato Sensei established the US Embassy Judo Club at the request of US State Department members, a program that is ongoing to this day.

1986: John Gage Sensei began studying at the US Embassy Judo Club. He was Sato Sensei's personal assistant at the dojo and the International Forums of North America during the ensuing 25 years.