What's the Difference Between Nihon Jujutsu and Brazilian Jiu Jitsu? 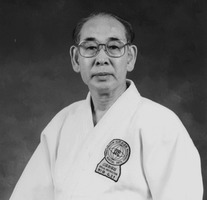 Jûjutsu, which generally refers to systems of unarmed combative techniques, is one of the oldest branches of Japanese martial arts. Images of fighters using jûjutsu techniques can be found in a variety of early historical records.

Nihon Jujutsu is a modern Japanese martial art that focuses on practical, efficient techniques as originally found in both ancient and contemporary martial arts. Its principles and techniques come from Japanese unarmed combat and self-defense techniques from pre-1945 judo and aiki-bujutsu, as well as taihojutsu (Japanese police immobilization and arresting methods). The founder of Nihon Jujutsu, Sato Shizuya, established this system based on his extensive studies with leading Japanese budoka (traditional martial artists), many of whom introduced ancient bujutsu methods into modern budo.  John Gage Sensei is one of the world's foremost non-Japanese leaders in traditional, heritage martial arts. He is the current head of the Nihon Jujutsu system and is former Program Director at the US Embassy Judo Club in Tokyo, Japan. In 2015, Gage-Sensei returned to Ann Arbor and joined JMAC as a Senior Instructor.

Despite its name, Brazilian Jiu Jitsu was originally based on the techniques of Kodokan Judo, a system created by Kano Jigoro. A student of Kano Sensei, Esai Maeda, later known as Conde Koma, visited Brazil, and his instruction formed the basis of today’s Brazilian Jiu Jitsu. 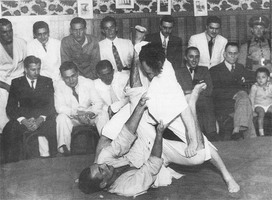 The techniques of Nihon Jujutsu and Brazilian Jiu Jitsu come from the same place, but evolved into different concentrations.

Comparing the curriculum proved by Shizuya Sato Sensei , the founder of Nihon Jujutsu, and the general Brazilian Jiu Jitsu curriculum leads to the following observations: 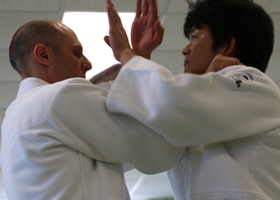 Dan L. demonstrates a defense against a standing chokehold.

However, given the variations of spelling and usage of terms related to ‘jûjutsu,’ as well as the confusion that arises as a result, it’s probably helpful to look at the origins of the term as it’s written in Japanese and English.

Jyûjutsu (noun) as written in Japanese can be translated as the ‘technique(s) of flexibility, softness et al’, and denotes a system of techniques including striking, throwing and joint manipulation as a means of combat or self-defense.

So you could argue that jyû-jitsu, or Jiu-Jitsu, is a spelling error – similar to the incorrect use of a homophone in English like there, they’re, or their – which later became established as "Brazilian jiu-jitsu" or "Gracie Jiu-Jitsu" to differentiate the styles. When referring to the Brazilian counterpart, it is common to use the spelling "Jiu-Jitsu." Brazilian Jiu Jitsu is also often referred to as "jitz" or "BJJ". 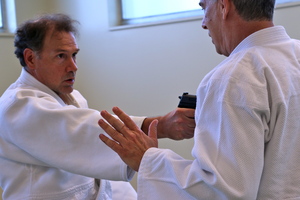 Why train at JMAC?

In a few words: JMAC is dedicated to expertise and helping you build extraordinary character. Our instructors are highly trained and motivated to help you learn. Our facility is beautiful and helps inspire you to look inside yourself and learn. Our sprung floor will help keep you healthy. Our dues rates are reasonable. Our location is easy to get to. We have ample, free parking. We offer time-tested methods for helping you improve yourself, body, mind, and spirit! Contact us today at info@japanesemartialartscenter.com to visit a class!

People who practice budo are members of a special group. They are seekers of truth, people who want something more from life than a paycheck and a nice home. They make unique contributions to their communities and to the world. They seek the true Japanese martial arts experience.

Here at JMAC, we make ourselves better through consistent, long-term practice. We like being in shape, we like having a mission of personal improvement, and we like knowing that we have a place where our instructors are also devoted to a lifetime of self-improvement.

We help train the whole person through the traditional techniques and philosophies of the Japanese martial arts, with the goal of developing healthy, confident members of society. We strive to:

Our students love to practice. You will find that class is always enjoyable because you learn in an atmosphere of integrity, mutual respect and dedication.

Do you want to get started on your mission of personal improvement?