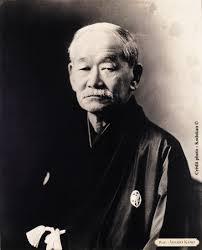 Judo
柔道 means "gentle way". Judo is a self-defense, combat, and Olympic martial art. It was founded in 1882 by Jigoro Kano. The purpose of Judo is manifest in the mottoes Kano came up with: "Maximum Efficiency with Minimum Effort" and "Mutual Welfare and Benefit".

Judoka
柔道家 means "judo practitioner". Although it traditionally refers to those of 4th dan rank or higher, its modern definition includes judo practitioners of all levels. 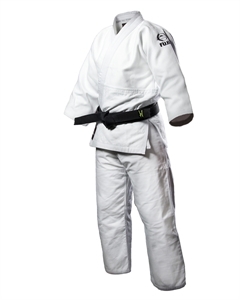 Judogi
柔 道着 translates to "judo clothing". It is the white uniform that judoka wear. It consists of a jacket, drawstring pants, and a belt. The single- or double-weave denotes the thickness of the fabric. When it comes to the color of the gi, although the blue gi is occasionally used during competitions, the traditional color is white. The white symbolizes purity and acts as an equalizer. The only denoted symbol of rank is the belt.

Tori
取りcomes from the verb that means "to take". It refers to the practitioner who executes a technique between partners.

Uke
受 け comes from the verb that means "to receive". It refers to the practitioner who takes the attacking technique, or "receiving body".

Nage Waza: Throwing techniques
This is the only technique that is allowed in randori and shiai.

Katame Waza: Grappling techniques
This is allowed in kata demonstrations or preparing for a competition that specifies groundwork.

Atemi Waza: Striking techniques
This is usually kept to kata demonstrations. It is prohibited from being used in randori or shiai.

Kata
型 means "form". A kata is a series of movements that demonstrate transitions, postures, and forms. Fighting and defensive scenarios guide the series in a kata.

Shiai
試合 roughly translates to "contest". This is the competition component of Judo.

Randori
乱取りliterally translates to "chaos taking". This is the free practice component of Judo.

To learn the difference between the words "Ju jutsu" and "Jiu Jitsu", check out our Ann Arbor Jiu Jitsu page.