Once we rid ourselves of traditional thinking we can get on with creating the future. — James Bertrand 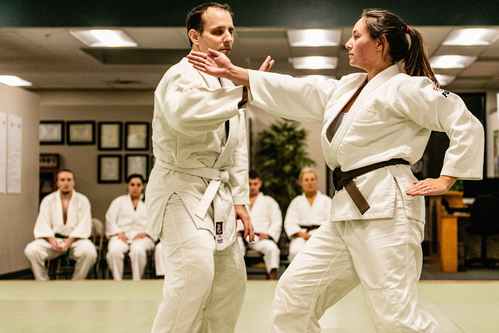 As you grow in the martial arts – whether you’re involved in jujutsu, karate, aikido, judo or iaido – you’ll find that you have to innovate. Historical foundations are critical, but without innovation, your evolution will wither away and you’ll become stale.

Traditionalists will scorn this approach. They’ll complain that “it has never been done this way.” “We should stick to the old ways,” or “it’s disrespectful to history!” Find a good teacher, they may say, and do whatever he tells you just as we’ve always done.

They’re right, but only up to a point. Blind adherence to ancient systems will work for some supremely talented people, but it will get you only a limited amount of success and that success will take a long, long time to achieve. As Albert Einstein reportedly said, “Insanity is doing the same thing over and over again and expecting different results.”

There is more information and opportunity available today than ever before. Teaching systems have evolved dramatically in almost every area of life, but most traditional martial arts systems still follow old methods: follow your Sensei; show up every day and grind it out; don’t think for yourself; don’t try to change the time-honored techniques created by the legendary master.

You DO still have to follow your Sensei, show up every day, and grind it out. You DO still have to know how to “empty your cup” and learn before judging a technique or an approach. Some parts of the ancient systems are nearly impossible to improve on.

But ... if you don’t have a plan to accelerate your progress, you’re missing out on a HUGE part of your potential. Once you get to a certain level of understanding, if you don’t have a way to separate the dogma from what truly works, you’ll stagnate and probably lose interest in your martial art.

You only have to look at the people who have left the greatest mark on martial arts history to see that innovation and synthesis matter just as much as old fashion hard work.

When you study the lives of the most famous martial artists, you discover that, while most started out as devoted students of a single art and a single teacher, they were also great innovators. Morihei Ueshiba, who founded aikido, started out in jujutsu and other martial arts. He was not only inspired to modify the techniques to make them better, but he steeped his approach in deep philosophical and religious ideas. He used a few essential principles in a revolutionary way to create a new, evolutionary martial art that’s practiced by millions.

Professor Jigoro Kano created judo by selecting the best techniques from older jujutsu systems, modifying them, and creating new ones. Judo is one of the most widely practiced amateur sports in the world today! It continues to evolve and the most successful competitors are often those who invent new approaches to scoring.

Even the most ancient martial arts systems still practiced today, such as Eishin-Ryu Iaido (a formalized system of swordsmanship), were created by innovators – those who learned from the past but who were unafraid to create something new. It is said that Hayashizaki Jinsuke, the founder of iaido and now the patron saint of Japanese swordsmanship, retreated from society and meditated until he received divine guidance. Out of that experience, he created iaido.

Miyamoto Musashi, the most famous of all Japanese swordsmen, abandoned tradition and created his own deeply practical methods, with which he defeated dozens of opponents.

The evolution of martial arts continues outside Japan. Gracie Jujutsu was developed from a foundation of judo grappling by Carlos and Helio Gracie in Brazil. Today it’s an extremely effective system, with a precise, step by step methodology for controlling opponents and a huge following.

Another unique fighting system called Jeet Kune Do was developed out of the techniques of Chinese and Japanese arts. You may have heard of the man who created it. His name was Bruce Lee.

When you study the history of martial arts, you find that virtually every one of the most famous figures was a fanatical student of the arts at first, but later become an innovator. The founders of the styles that have influenced thousands and changed the history of martial arts were people who had a vision of something greater, devoted themselves to their vision, and created something newer, better, and more effective.

You have a choice, too. You can continue to blindly follow tradition and hope that you someday get pretty good, or you can take charge of your own development, innovate where necessary to ensure that you are getting everything possible out of your training, and take a shot at becoming extraordinary.

But pay close attention because this next point is important. You should NOT suddenly abandon everything your Sensei or Master has been telling you. Every single one of the innovators mentioned above spent decades studying their original martial arts. They became really, really good first. Their ability to innovate in a meaningful way came from their total immersion in all aspects of training and the deep insights that arose out of that immersion. To paraphrase a sentence in Budo Mind and Body, creativity is the expression of mastery, not necessarily the means of reaching it.

What you will change, if you follow these principles, is your approach to training. You’ll no longer be passive, simply showing up to classes and going through the motions. You’ll no longer accept that it takes five years to get to black belt in Okinawan karate, or that you can’t be a great fighter in eighteen months. You’ll learn to set your own goals for accomplishment and understand the methods for achieving them. You’ll learn how to harness the power of your mind to help you make faster progress than ever before, and how to achieve a greater level of competence than most martial artists can even imagine. You MAY even end up changing the techniques of your art, not simply for the sake of change, but because of your incredible insight into what it will take to become extraordinary.