What Are Internal and External Martial Arts? 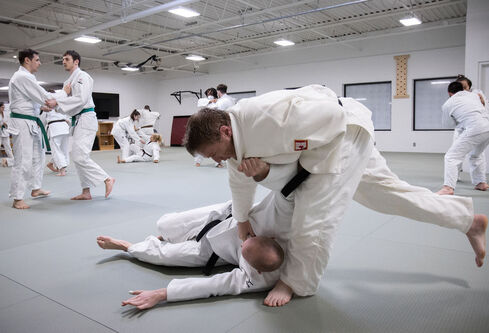 Have you noticed some martial arts are physical and powerful, while others seem peaceful and introspective?

How can these differences between martial arts be categorized?

External martial arts include judo, karate, Muay Thai, and Hungar kung fu. These arts are typically more concerned with developing athletic skill sets - movements that rely on muscular strength, cardiovascular fitness, and explosive power. When learning external martial arts, you’ll likely improve your physical fitness first, and after reaching your physical limit, focus on internal elements that can improve your physical performance, like breathing and relaxation. External martial arts often have you learn movements first, then their meaning/purpose. Think of it this way: you’re learning the art from the outside (your body) to the inside (your spirit).

Internal martial arts focus more on breathing, ki/chi (Japanese and Chinese terms for energy), flow, and relaxation. Examples include Tai chi, Bagua, Hsing-i, Kyudo, and Iaido. One important goal of internal martial artists is to find relaxation and mental strength. After you make progress with those, you can enter more physically demanding situations. The work you do internally will contribute to the external result, such as in the case of Kyudo and Iaido, a more precise shot or fluid strike.

Hard martial arts are usually synonymous with external martial arts because both focus on physical power. When practicing a hard art, you meet an attack with a forceful opposing attack. Hard arts rely on overpowering the opponent, not just with strength, but also with timing, distance, and angles. That’s true whether you’re engaging in offense, defense, or a combination of both. When you’re sparring in karate and hit your opponent harder than they just hit you, that’s an example of a hard art.

Soft martial arts are often based on the concept of blending with an opponent’s attack. When you’re attacked, you don’t meet the attack with a block. Instead, you move with it to escape or to improve your position. To win against your attacker, you subdue them before they can attack again. To do this at a high level requires relaxation and a calm perception, qualities that are emphasized in internal martial arts.

When you study martial arts in Ann Arbor at JMAC, there are multiple styles to learn! We offer iaido, nihon jujutsu, judo, and karate programs.

Not sure which art is right for you?

You can watch a class with no obligation! See our schedule. If you’re happy with what you see, you can schedule two free intro lessons to make sure your choice is a good fit.