Did you know that across the globe 3-5% of martial artists go on to earn black belts?

At the Japanese Martial Arts Center, the percent of people who have started training and become black belts is about 2%.

That means that out of 100 people, 2 students made it to shodan! Ann Arbor University of Michigan graduate students stand a much higher chance of earning a PhD! Why the low percentage at JMAC?

1. The students who've earned their black belts have worked hard for 3.5 - 6 years.

2. We're not interested in simply passing students unless they put in the work

Check out this infographic on JMAC black belts. (The text version is available at the bottom of the page.) 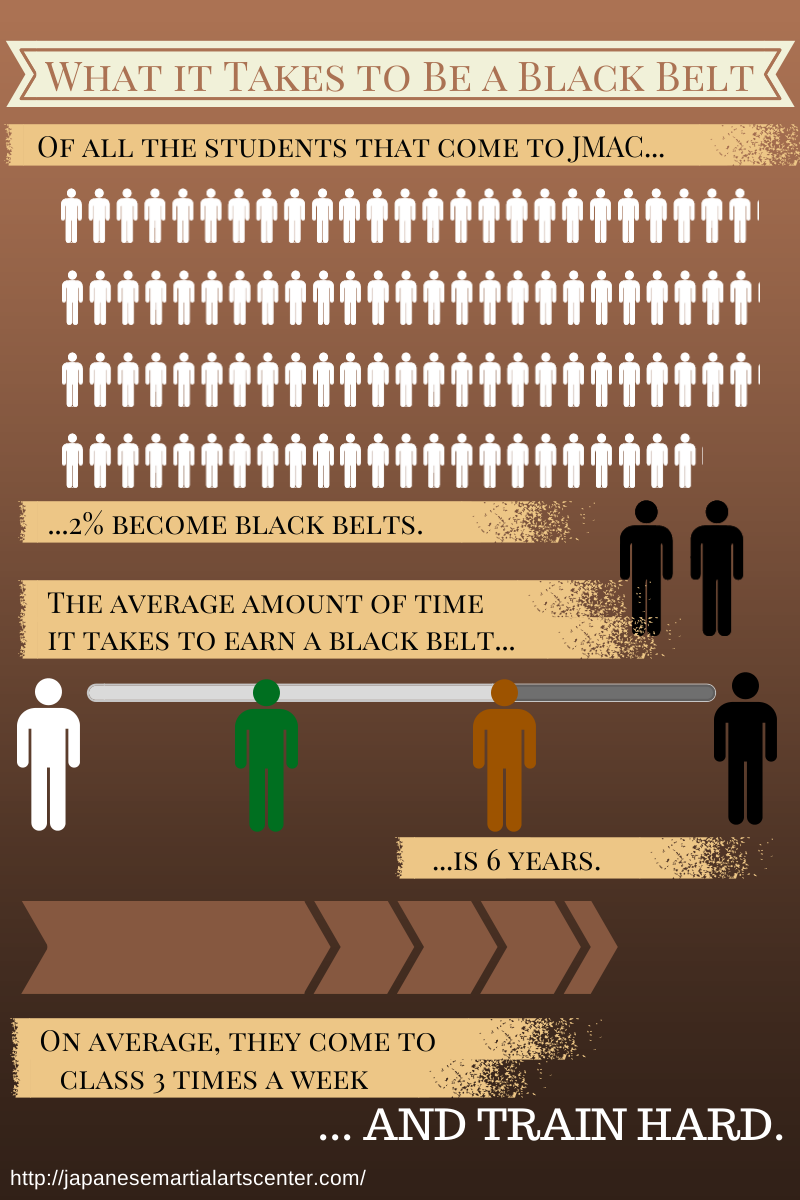 Some defining characteristics of these black belts:

Thanks to our new attendance system, here are some stats on JMAC’s black belts: