It's easy to fall into slothful habits and overeating. I've seen more than a few students disappear during the later part of the year, only to reappear in January carrying a few more pounds and a little shame because of the lost training time.

I remember a teacher telling me years ago that "if you miss a week of training, it will take you three weeks to get back to where you should have been."

I don't know if that's true, but I do know that finding ways to get re-inspired can help keep you training hard even when the turkey and cookies are calling your name!

What Got You Started?

Do you remember what got you excited about martial arts in the first place?

I remember, many, many years ago in college (1980, to be exact), going to a Chuck Norris movie called The Octagon. I was already involved in karate and judo, but Chuck's ass kicking in that movie really got me fired up about training, and I can still play back some scenes in my head. Watching The Octagon had me training not just in the dojo, but in my apartment and in the park, for several months.

But even before The Octagon, I had seen movies like Seven Samurai, Yojimbo and Hidden Fortress, and I dreamed of going to Japan to learn the ways of Bushido. As you may know, I did eventually go. The reality was very different from the movies, but there's enough budo culture remaining to keep the dream alive. I trained like a madman for the four years I was there!

And, like most martial artists of my generation, I watched every Bruce Lee movie two or three times, and did whatever I could to learn his moves. Bruce was such a charismatic figure that virtually everybody I trained with wanted to be more like him.

Were there movies or demonstrations that inspired you to start training? Are there still people, books, or tournaments that get you running to the dojo for more practice? I'd love to hear what motivates you!

Is it Time to Revisit Your Roots?

If you're struggling to get in for training or just feeling sluggish from too many cupcakes, maybe it's time to go back to the movies or books that helped you get started. If there's something that motivates you, I'd love to share it with the other readers. You never know, your inspiration may help take someone else to the next level.

Meanwhile, I can't wait to settle in and tee up Kurosawa's Sanshiro Sugata.

Until then, I'll see you on the mat! 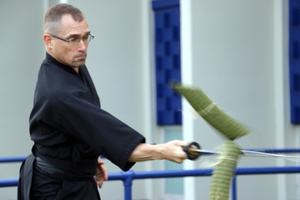 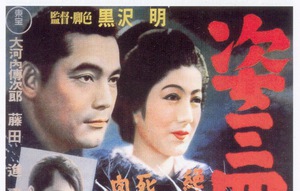