Certain images come to mind. You can imagine the sweet, yellow fruit that is the banana. Perhaps even your memory was able to access the taste of the fruit. When you read the two words together, your mind began to make an uncomfortable association between the fruit and a sense of nausea.

Daniel Kahneman uses this word pairing in his book Thinking, Fast and Slow to illustrate how the brain makes quick associations. If a camera had been focused on your eyes, you would have seen your pupils dilate at the word “vomit”. You might have even had a physical reaction, such as wrinkling your nose or physically moving away from your computer.

So, what do words and psychological mumbo-jumbo have to do with martial arts?

The Calvin and Hobbes Example

This effect, which psychologists call priming, happens all the time, too! We’ll use Calvin and Hobbes to illustrate this point: 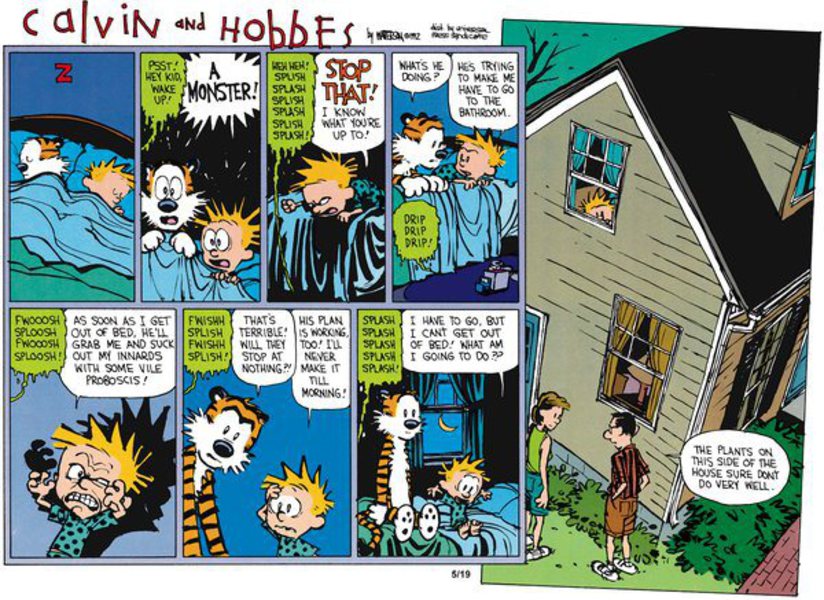 Calvin and Hobbes are primed to use the bathroom! (Click on the picture for better resolution.)

The monsters are priming Calvin with images of water without actually telling him to go to the bathroom.

… Which is where the martial artists come in.

At the beginning of the taekwondo experiment, researchers had twenty practitioners warm-up. All participants had at least a seventh rank. They practiced in front of a camera that didn’t hinder their performance.

Then, they were told that they would be videotaped and evaluated by a coach. Half were given a ball to squeeze in their right hand. The other martial artists were instructed to squeeze a ball in their left hand.

The martial artists who squeezed the ball in their right hand choked.

The researchers guessed that squeezing the ball in the right hand might have stimulated the left-hemispheric processes, such as verbal-analytic thinking.

In laymen’s terms, the researchers found that the martial artists were over-thinking their performance, which caused them to choke. 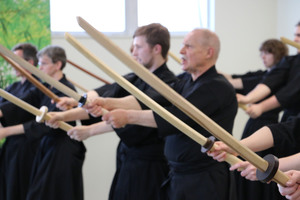 Research on the topic before this study focused on verbal cues. When athletes were told to pay attention to their behavior, they performed poorly. They had increased self-focus, which kept them from letting their muscles behaving normally.

Other research suggests that good priming techniques include “use of the imagination, deep breathing, or cue words… to facilitate concentration and optimize arousal level” (cf. Mesagno & Mullane-Grant, 2010).

There are cases when priming can be harmful.

In one study, a group of women were told that females are bad at math. This verbal priming impaired their test scores compared to their female counterparts who had not been told the erroneous statement (cf. Jamieson & Harkins, 2011).

After hearing the stereotype, why was the test group performing poorly? Researchers found a disturbing answer: they were giving up and withdrawing from the math problems.

Priming isn't just external. What do you tell yourself before you step on the mat? Before you compete or perform? Are you mentally setting yourself up for success or failure?

Implications in Your Performance

If you have a competition or test coming up soon, just know this:

1. You already engage in priming practices! From counting to meditation, your sensei has been setting you up for success.

2. You know the moves. Your teacher wouldn't ask you to test if he or she didn't think you were ready. Overthinking it does more harm than good.

3. Tell yourself that you can do it. The best place to find motivation is from within.