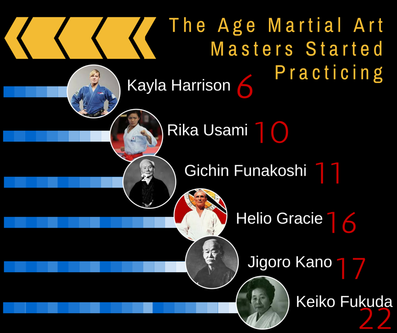 A short infograph on martial artists.

An arm lock is named after him because he broke Helio Gracie's arm. Judo master.

First American to win at the World Judo Championships 1984 and Rousey's mom.