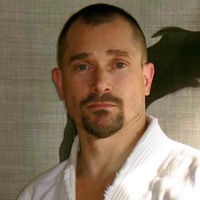 I believe in the value of hard work.

I believe it's always too early to quit.

I believe in the unlimited potential of people.

I believe it's worth a little pain to achieve important goals.

I believe you can learn a lot about people by training with them.

I believe that when we share a set of ideals, we can rise together.

In 2006, I returned to Ann Arbor after 18 years. I looked but could not find a place to train in martial arts with the ideals, credentials and quality I was looking for. With the help of a few close friends, I decided to start a new dojo. JMAC was born.

As you may know, I've studied martial arts fairly continuously since 1968. For 4 years, I lived in Yokohama and studied judo, jujutsu, kyudo and iaido with some of the most significant instructors of the late 20th Century. I had a lot of success in competitions and have written a number of well-received books on the martial arts.

In 1993, I started ITAMA Dojo in Lansing. It was very fulfilling to teach martial arts to many wonderful people for 10 years. Some of my most accomplished students began training in our traditions at ITAMA. But it was never financially viable, and after Dan Holland-Sensei and others tried to run it for a few years, ITAMA was closed.

We officially opened JMAC in June of 2006. From the beginning we were embraced by the community. We've lived in three locations. In 2018, we will celebrate twelve years of exceptional training in traditional Japanese Martial Arts.

That's why I started JMAC … to provide a place where people could train in legitimate heritage martial arts while improving their strength, confidence, focus, and effectiveness. I'm happy to say we've had many success stories, and even more are happening now. This is how we rise … by working together with very high ideals and never, ever giving up.

This is who I am. 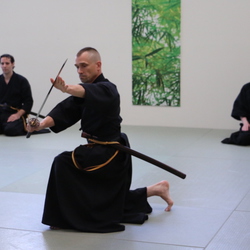 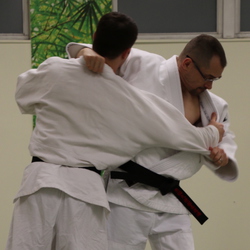 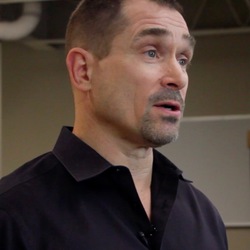