Hand positioning from above.

Kata-ha-jime translates to "single wing choke", because the leverage of the opponent's arm resembles a wing. A variation of the choke is featured in the Gracie Brazilian Jiu-Jitsu Theory and Technique as the "side-mounted stranglehold".

The classic version of this choke is done from back control, when the uke is in an open position (kyoshi).

Characteristics of the Single Wing Choke include:
⁃    Pressure against the carotid, classifying this as a blood choke.
⁃    The use of the opponent's lapel, making it a gi choke. 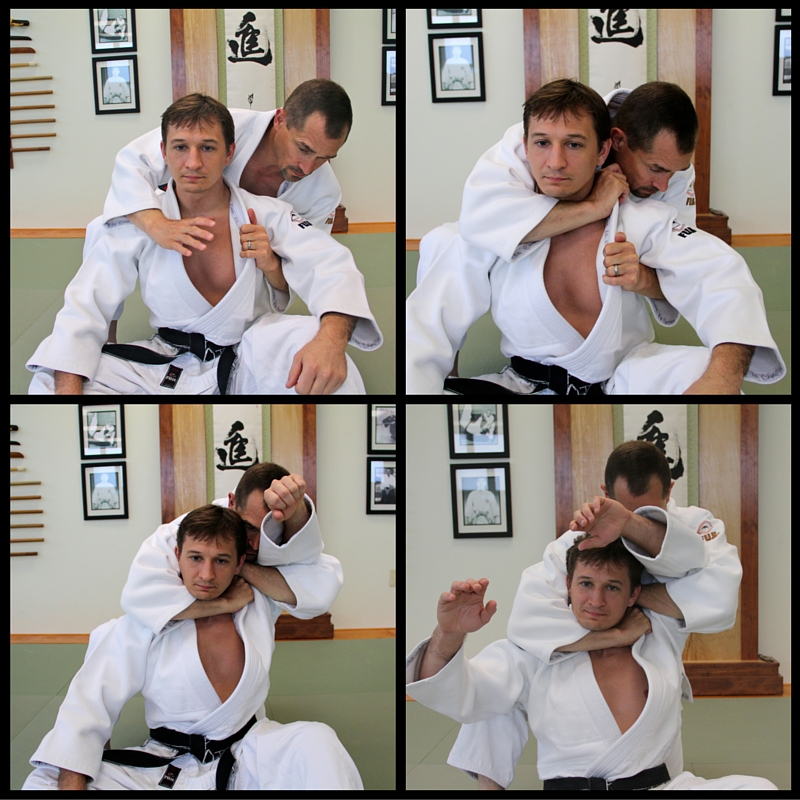 The purpose of executing the choke from shizentai is to create a strong base with the legs. The choke is most effective when the power comes from the hips and leg structure, rather than the arms. When the hand under the arm slides behind the opponent's neck, it is important to straighten the back to complete the choke.

Other ways of controlling the choke involve screwing the forearm behind the opponent's neck, so that the other arm can sink in deeply. The choke is most effective when the opponent is leaning backwards.

Unless executed under proper instruction, please do not attempt this chokeholds on your own! For more information on Judo or Jiu Jitsu, Ann Arbor Japanese Martial Arts Center is happy to answer your questions!