Jigoku-jime is most commonly known as the "Hell Strangle" or "Crucifix". It owes its name to the form the attacker makes with the opponent's body to execute this choke.

It is a carotid, or blood choke. The gi lapel acts as leverage for the forearm, which presses against the artery. The attacker's legs control the opponent's arm with the same clamp as sankaku-jime. This choke requires and gives back control to the attacker.

If the wrists do not pivot out enough, the attacker should consider breathing deeply and expanding the torso. The added leverage should cause the opponent to tap out. The opponent should signal that the choke is applied with one of his feet, since his hands are trapped. 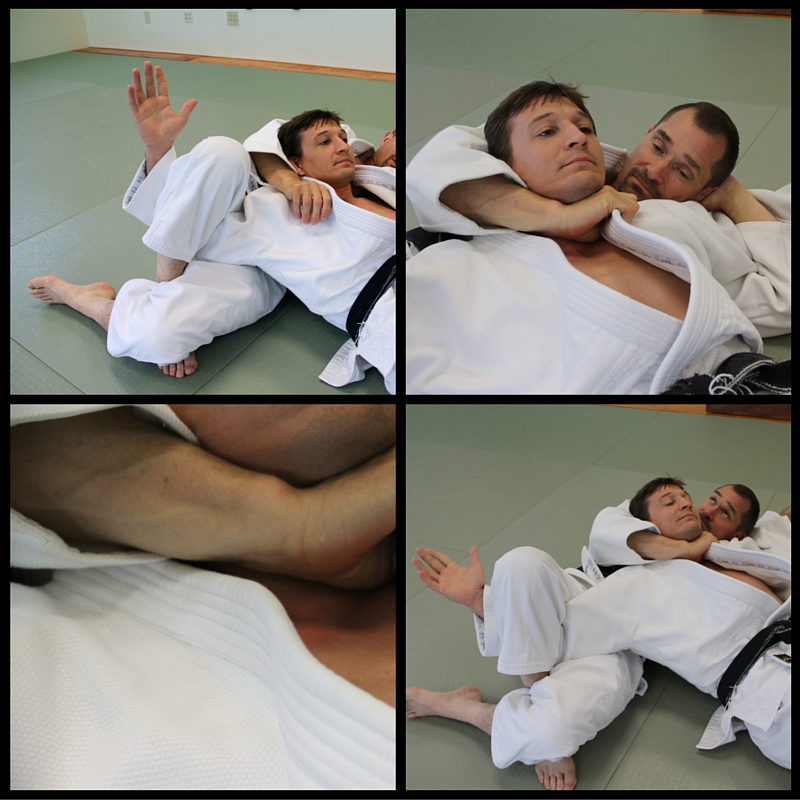