Kata-juji-jime is a hybrid between the normal cross lock and the reverse cross lock. The difference between Kata-juji-jime and its parents is the positioning of the hands. One palm should face up and the other down.

In Brazilian Jiu Jitsu, it is referred to as the Front Lapel Stranglehold. It is most commonly done when the attacker mounts the opponent. However, it is also a versatile choke, like the other juji-jime.

Characteristics of the choke include:
⁃    The use of a gi
⁃    Versatile positions of execution, such as pulling guard on the opponent, gaining control of the sides, mounting the opponent, and standing
⁃    Pressure on the carotids, classifying this as a blood choke
⁃    One hand sinks the thumb and the other hand holds the collar by the fingers 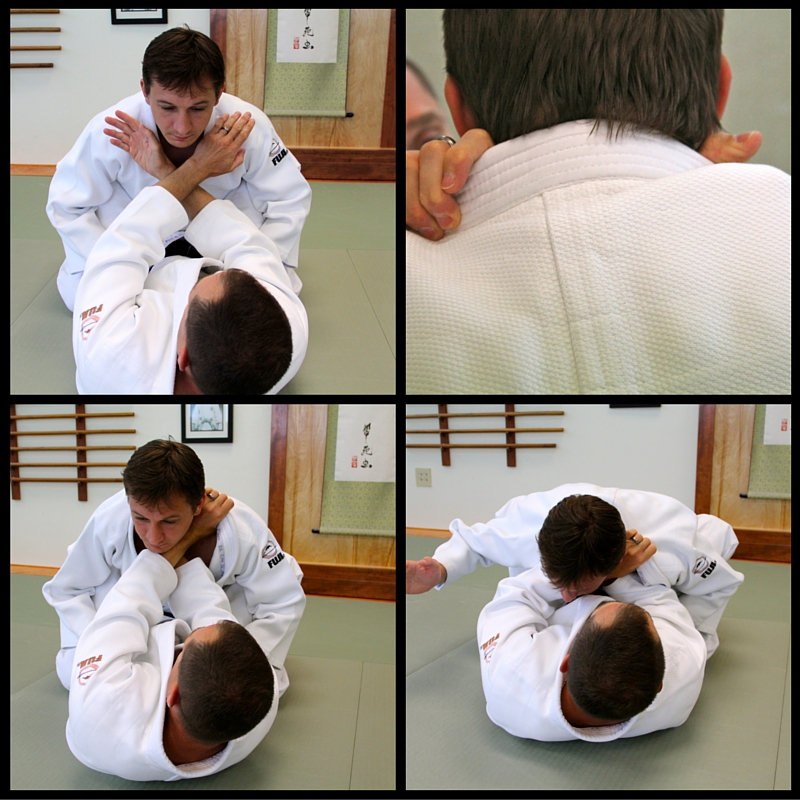 In this set, the attacker has pulled the opponent into his guard. He shows the position of the hands for demonstration purposes (top left). This image shows how far his hands have to sink into the opponent's collar and that palms face opposite ways (top right). The choke is situated (bottom left). The choke is applied when the elbows move away from the opponent and the forearms garret the neck (bottom right). For extra leverage, the attacker should breathe in and expand his torso.